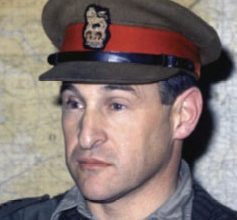 This is the second part of a two-part podcast examining the legacy of General Frank Kitson in light of his development of the covert British Army unit, the Military Reaction Force, which was guilty of dozens of murders and attempted murders in the early 1970s. The vast majority of its victims were civilians.

He was last deployed to the north of Ireland as Brigadier in charge of 39 Brigade and ran British military operations and intelligence in the Greater Belfast area from 1970 t0 1972, a crucial juncture in the conflict. Ciarán MacAirt argues that he laid the blue-print for how Britain was to wage its war during and after his tenure.

In-depth interrogation, psychological operations, pseudo-gangs and the murder of civilians were features of this counter-insurgency strategy. We are still dealing with its legacy to this day. (Part 2/2 Podcasts)