Join the discussion on the Shooters and Freds of Britain’s Military Reaction Force via Virtual Féile 2020.

Tomorrow (Friday 31st July) at 1pm, Virtual Féile an Phobail 2020 is hosting author and Paper Trail project manager, Ciarán MacAirt, who will be releasing his latest British military archive discoveries relating to Britain’s Military Reaction Force, a covert British army unit which left a trail of death and devastation in its wake. You can watch it online via Féile an Phobail’s Facebook, Twitter or YouTube feeds.

MacAirt will be launching the archive finds during a short, online seminar entitled, The Shooters and Freds of Britain’s Military Reaction Force.

1. The MRF’s murder and attempted murder of unarmed civilians in Belfast in 1972

2. The MRF’s failure to protect its soldiers and agents (also known as “Freds”)

3. The failure of Police Service of Northern Ireland’s Operation Everson

“These are the stories of the Shooters and Freds of Britain’s killer gang, the Military Reaction Force. They feature dirty secrets that the British state tried to bury in military files nearly half a century ago. There was much to cover-up as the MRF left a trail of dead civilians and agents in its wake. Join me on Friday 31st July at 1pm on Féile an Phobail’s social media fields when I will release these secret files online.” 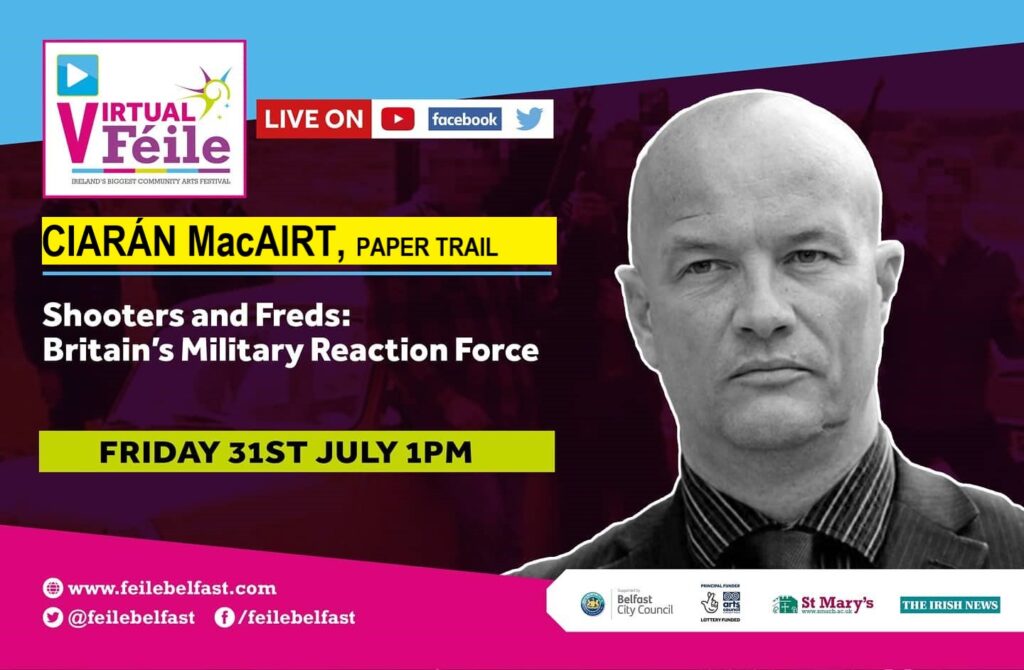