Paper-Trailers was first published in 2017.

It is particularly poignant today as Paper-Trailers opens with an article by the talented writer, Lyra McKee, who was shot dead by extremists on 18th April 2019.

Lyra was a great supporter of Paper Trail and the charity’s work from its inception. She remains a guiding light. We are re-releasing Paper-Trailers, free for all to read, on the first anniversary of her killing and re-dedicating it to her as a small token of our esteem.

Paper-Trailers are family members who lost loved ones or who were injured. They are former combatants who are seeking to learn more about the context of the conflict that enveloped their lives. They are you and me.

All have a story to tell. Paper-Trailers includes but a few… 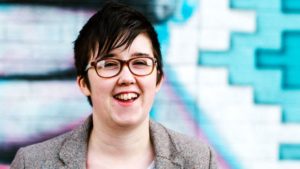 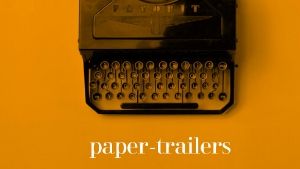 “Every story has a beginning, a middle, and an end. So does this one. It can be summarised as a bullet, a bullet and a bullet.”

So begins this short anthology with an article by award-winning author and journalist Lyra McKee. In the opening study, Lyra expertly frames the prodigious investigations of ordinary family members who are forced to find evidence that the state has buried. Today’s battlefield is for information and, yet again, ordinary families are on the front line.

Paper-Trailers also features articles by other writers from diverse backgrounds who have been impacted by the conflict.

Clifford Peeples, a former Loyalist prisoner, examines the role of District Inspector John William Nixon of the Royal Irish Constabulary
during the tumultuous period of 1920 – 1922, his subsequent dismissal from the police and his influence on working-class Loyalism.

I examine the formation of another state-sponsored death squad in 1971 and its echoes in British military history and, indeed, the personal history of a British military family. My grandmother, Kathleen Irvine, was one of fifteen civilians murdered in the McGurk’s Bar Massacre of 4th December 1971. Two children were among those killed.

Elizabeth Carberry Tierney’s father, Stan Carberry, was a Volunteer in the Irish Republican Army who was unarmed when shot dead by the British Army. She has devoted the last few years to academic study and closes this anthology with a short paper discussing whether transitional truth and justice can be achieved in the North of Ireland.

All of the writers are bonded by the basic human need to know and understand the context of our shared history for we believe that history informs the present; we also believe that each of us has a story to tell; and we caution the reader that if society does not recognise its failings in the past, we can never learn from our collective mistakes and we will be doomed to play out the same miserable history that has been ours to share in this country over centuries.

Violence in the North of Ireland still skulks around the corner and this anthology will now stand as wretched testament to that.

I re-wrote this foreword when Lyra McKee was gunned down and killed in Derry on 18th April 2019 whilst doing the job she loved.

She was monitoring a riot along with a crowd of civilians standing beside a police armoured vehicle when a member of the so-called New IRA fired towards them. Police officers were safe inside their vehicle but ordinary people were in the line of fire.

Lyra McKee was hit in the head by a single gunshot. She was 29 years of age.

Lyra was a pal of mine for many years. She was a whirlwind of fun, positivity and steely determination. She was also a formidable writer whose hard-boiled style of prose somehow still glowed with compassion as she told the stories of people our society forgot or tried to ignore.

Making friends was one of her many great gifts but she was unique in that few of us left her company without her making us feel better about ourselves.

Lyra had recently found true love when she met Derry girl, Sara Canning, who was standing beside her when she was mortally wounded and comforted her as she died.

Lyra had just secured a prestigious two-book deal with the internationally-renowned publishing house, Faber and Faber.

Great success, personal and professional, was in her grasp, and she deserved it after fighting for it for so long, but it was not to be. Her killing was yet another waste of life to add to the litany of lost lives that have broken families and friends across these islands.

As you will read in her opening article, Cold Case Detectives (1), Lyra was also a great champion of Paper Trail’s work with victims and survivors of the conflict and she supported us at every stage of the charity’s development.

Then she was made a victim herself when the horror of somebody else’s war caught up with her and killed her.

In an article in 2016, Suicide Among the Ceasefire Babies (2), Lyra wrote:

“We were the Good Friday Agreement generation, spared from the horrors of war. But still, the aftereffects of those horrors seemed to follow us.”

We now know those horrors did not follow her but stalked her and we are poorer for her loss.

The face of the recent British-Irish conflict may have changed but ours is an imperfect and uneasy peace which cannot be taken for granted. Families still live with the consequences and we are yet as a society to reconcile ourselves to the past.

Now Lyra’s family has to suffer as our families suffered.

Nevertheless, just as the writers in this anthology ensure that their story and their family’s story is heard, the story of Lyra McKee does not end with a bullet. Her family and friends will see to that.

1 An edited version appeared on the Narratively website in May 2017 (link)
2 Suicide Among the Ceasefire Babies by Lyra McKee in The Atlantic, January 20th 2016 (link)