From the archives: Special Order of the Day by the General Officer Commanding Freeland on 15th August 1969.

GOC Freeland: “We are rapidly moving into an operation which might be one of the trickiest that you have experienced.”

And so began Operation Banner, one of the longest, continuous deployments of British Army forces in its history.

The Special Order was from the General Officer Commanding (GOC), Lieutenant-General Ian Freeland and distributed to all of his Commanding Officers.

“As there are a number of new units who do not know the North of Ireland well, I want all Commanding Officers to note carefully the following points:

Republicans had killed Herbert Roy the night previously and the Royal Ulster Constabulary had shot dead 9-year-old Patrick Rooney and unarmed Trooper Hugh McCabe a few hours before in Divis, Belfast. Events from then spiralled out of control.

Operation Banner lasted nearly another 38 years until 31st July 2007. Over 3600 lives were lost by the end. 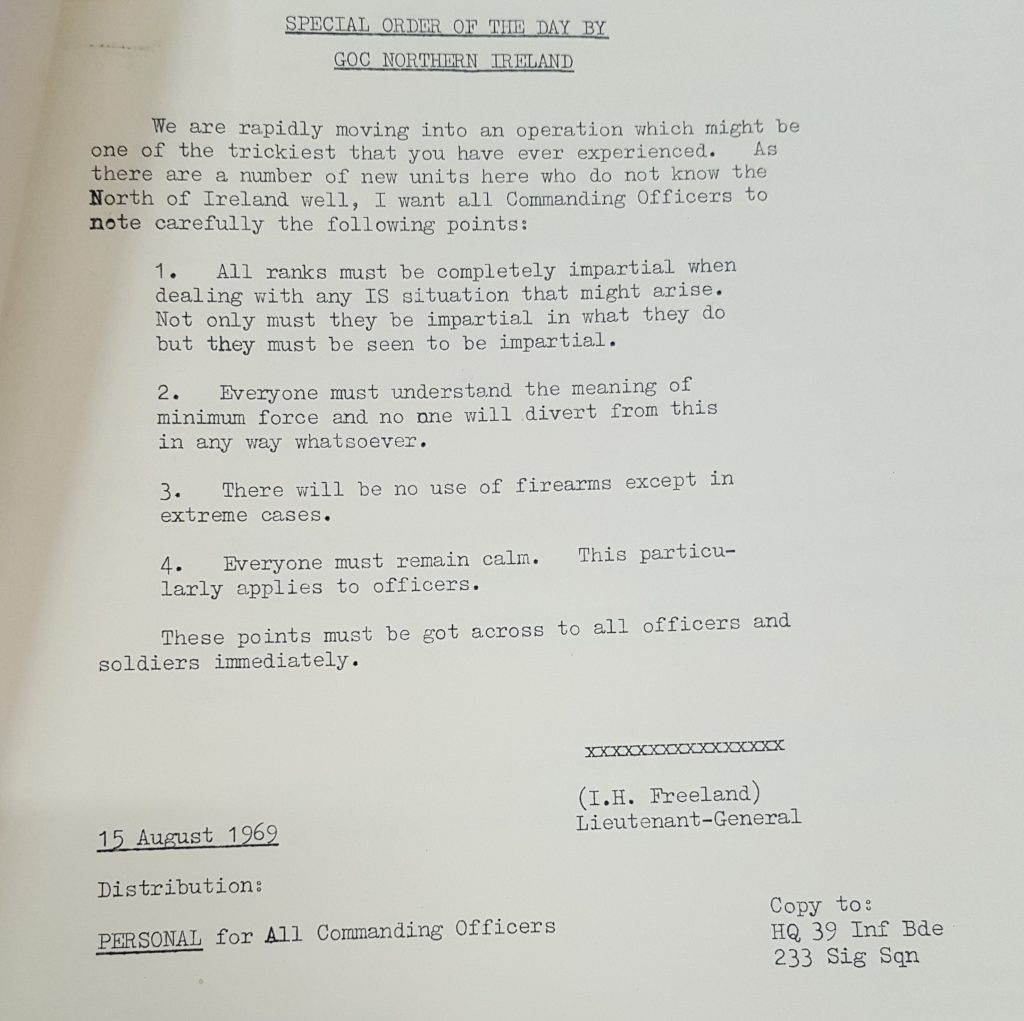